Just what does the “21st Century classroom” actually look like?  Do you even know?  What do you actually picture when you close your eyes and imagine?  Does your classroom reflect this ideal?  What is the divide between the ideal and the reality in your school or district? 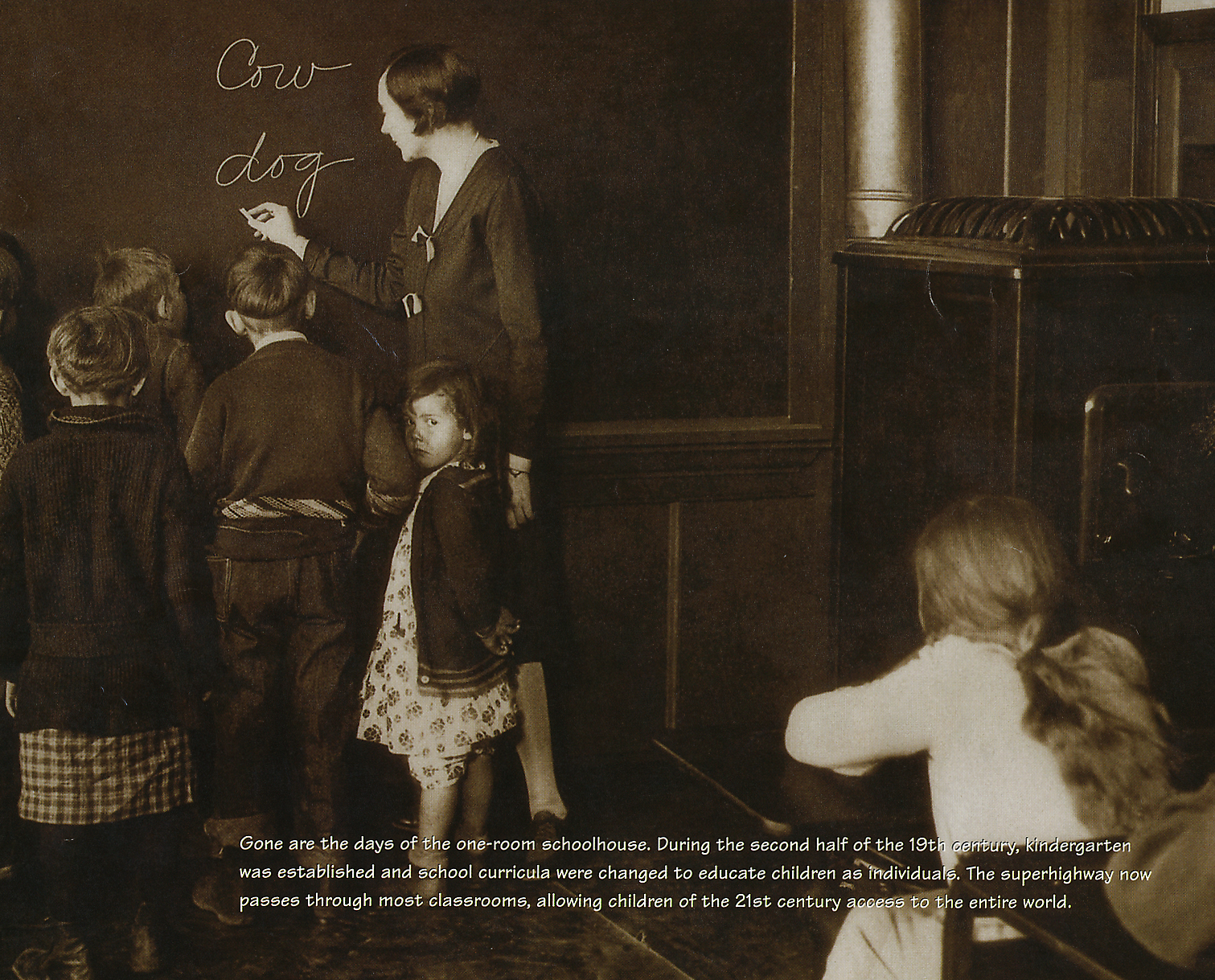 Here’s betting that these two classroom images are far from your vision.  Allow me to set these up for you a bit…

Ever so slightly more green

My district has an interesting embedded program known as Crayons to Computers.  A significant chunk of space is devoted to warehousing and categorizing materials donated from businesses and individuals that might have otherwise ended up in a local landfill.  While seemingly little more than a room of junk to the uninitiated visitor, in the hands and mind of a creative teacher, this program can be a godsend.  From notebooks, pencils, and crayons to beakers, books, and computers, this nifty little depot often has just what the resourceful teacher needs to complete a classroom project.   And perhaps even more importantly, every single instructional use of these items helps to turn a portion of the community’s refuse into educational treasures.

This past August, in the midst of our “New Teacher Institute” in the days before school started, the district’s instructional coaches took our bright eyed new hires on a tour of some of the more crucial components of daily operation in our world.  Sandwiched between mini-seminars on best practices, practical tours and nuts & bolts introductions done to help acclimatize our new blood to their new surroundings.  One stop along the way was C2C. That day, while new teachers perused the bins, boxes, and shelves of our depository of donated items, I decided to play along.  Longtime teachers have had years to collect resources and to craft an environment for learning to their liking.  However, to early service teachers -with far less time under their belt-  this storeroom is a place to stock up on consumables among other things.  In a town that battles significant socioeconomic stressors, this storeroom is celebrated by many.

I picked up one item to keep that morning.  While rifling through a poster bin with one of my former students -now a biology teacher- I found a…   what might be the opposite of gem?  Turd, you say?  Ok-  fine by me, let’s go with that.

Gone are the days of the one-room schoolhouse.  During the second half of the 19th Century, kindergarten was established and school criteria were changed to educate children as individuals.  The superhighway now passes through most classrooms, allowing children of the 21st Century access to the entire world.

Now there’s a sentiment worth repeating…  reform.  Change in what we do.  Change in the tools, the access and thus the mission of our schools.  Access to a potential global perspective.  Who doesn’t believe in this as a good thing?  In fact, such a change in access, coupled with reform, should produce profound differences within the classroom.  Right? 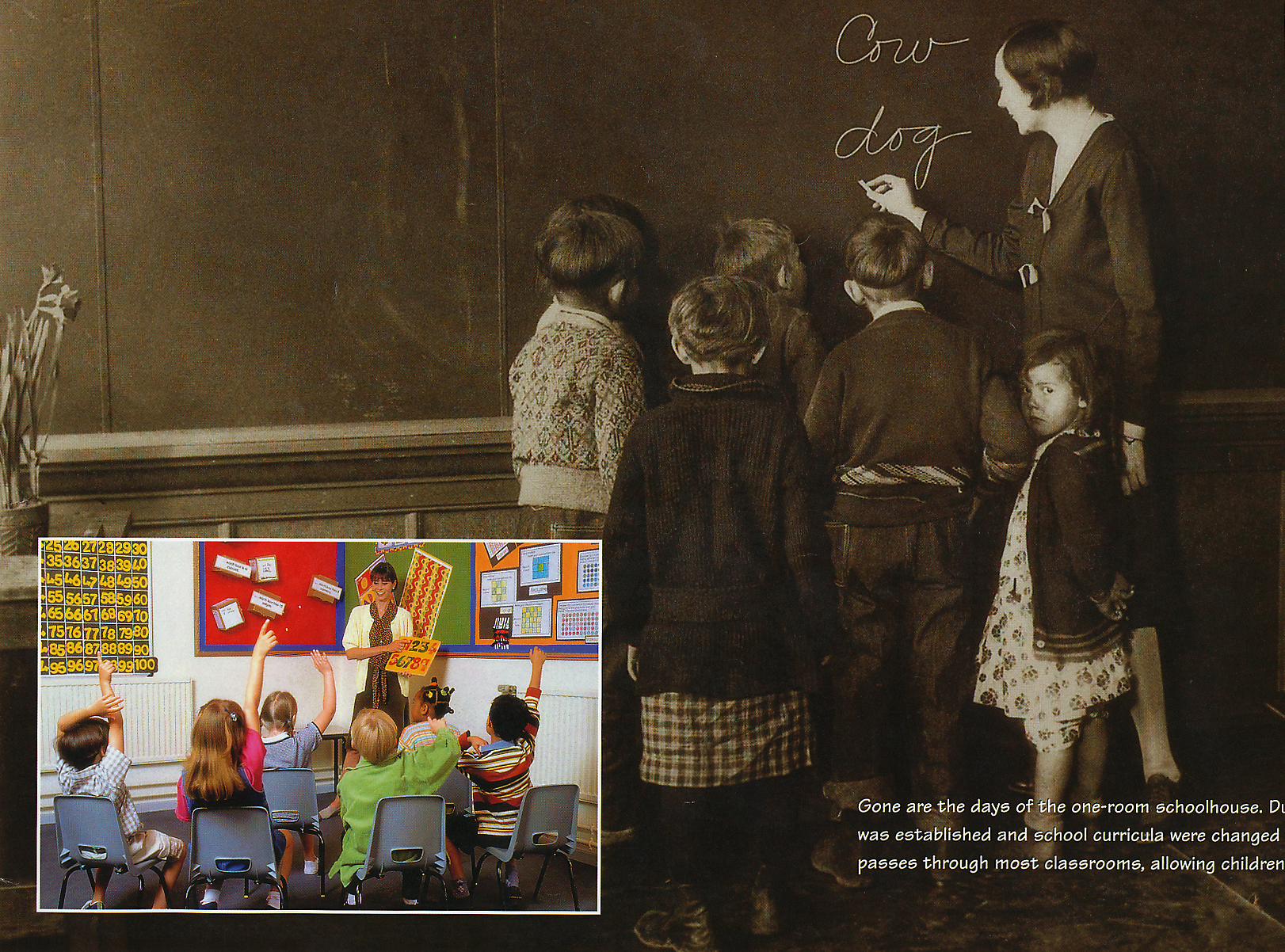 Funny stuff, huh?  I thank those who have come before me in our district.  We have been blessed with a robust pipeline of digital data since before we knew what to do with it.  Though we are still mere babes in the woods of the read/write web, we are beginning to establish a long-range study and planning group.  We recognize the realities of a world that is changing faster than we can even measure. 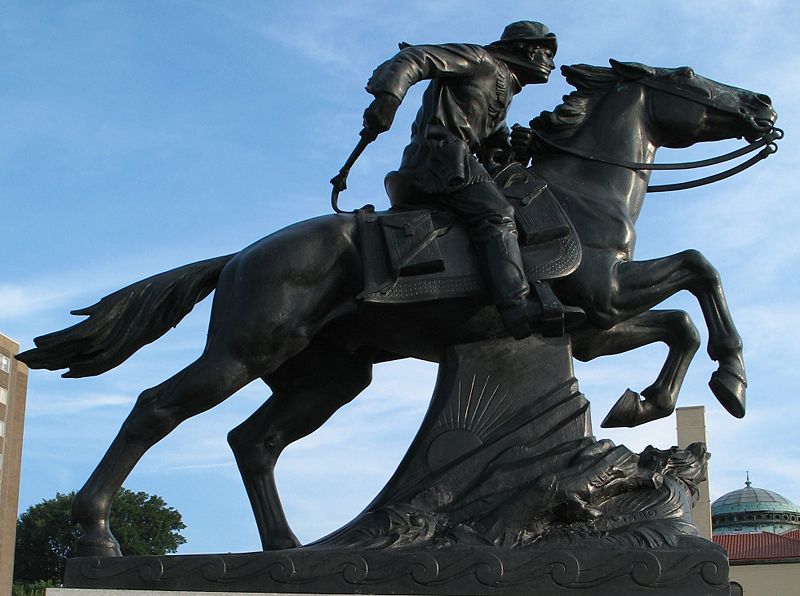 I am excited for the future of schools in our little Midwestern outpost where the Pony Express began.  I’d like to think that we could recreate our vision and purpose along the same lines as this historical entity.  I would love to think that we could envision our local schools as the starting point for an epic journey of learning through rigorous, and often unknown challenges.

We might smirk at the poster mentioned above today, but are we planning to become the “Pony Express” of learning for the future -both locally as well as nationally?  I certainly hope so.

*Pony Express Statue by Americasroof as posted on Wikipedia.
*School Supplies by Sergey Galyonkin on Flickr.