The second semester is now upon us. My Biology students are waist-deep in an inquiry-based curriculum where no day lives in isolation. Each day is connected to the next as we dig deeper into figuring out what is going on in a real-world scenario. In the true sense of our new standards, we are truly exercising the practices of a scientist as we move to uncover more and more about the handful of phenomena we are studying this year. *This is all great context for the edu-nerds among us, but you’re going to want to skip to the long quote below before leaving the page.

One of the greatest evolutionary biologists of our time, Edward Osborne Wilson, passed away at the age of 92 on December 26th, 2021. Wilson followed his wife who died just this past August. I rarely spend time rehashing the lives of the “historical” side of Biology, preferring instead to spend the time engaging students in real problems that uncover what we (they) now understand, as well as those that easily project into the future of what lies ahead of us. I learned high school Biology as a set of things figured out by other people who got to do all of the cool exploration, and there it all was, laid out neatly in front of me in a massive textbook. I had no idea at the time how little we know- that a universe of exploration lay before us all. I have spent a career of over 30 years in pursuit of student experiences that lay this fact bare for young people.

And yet, things do happen. Momentous occasions that mark the history of the great endeavor of science do pop up now and again. After spending most of the first semester in pursuit of a deep understanding of biological evolution, it was this occasion that caused me to pause. A new unit was beginning to kick off the new year. Surely, this was one of those times I could pause and connect them to a bit of the history of the field. The timing just seemed right. By all of my most-skeptical measures: it worked.

The skeleton of that session was as follows: 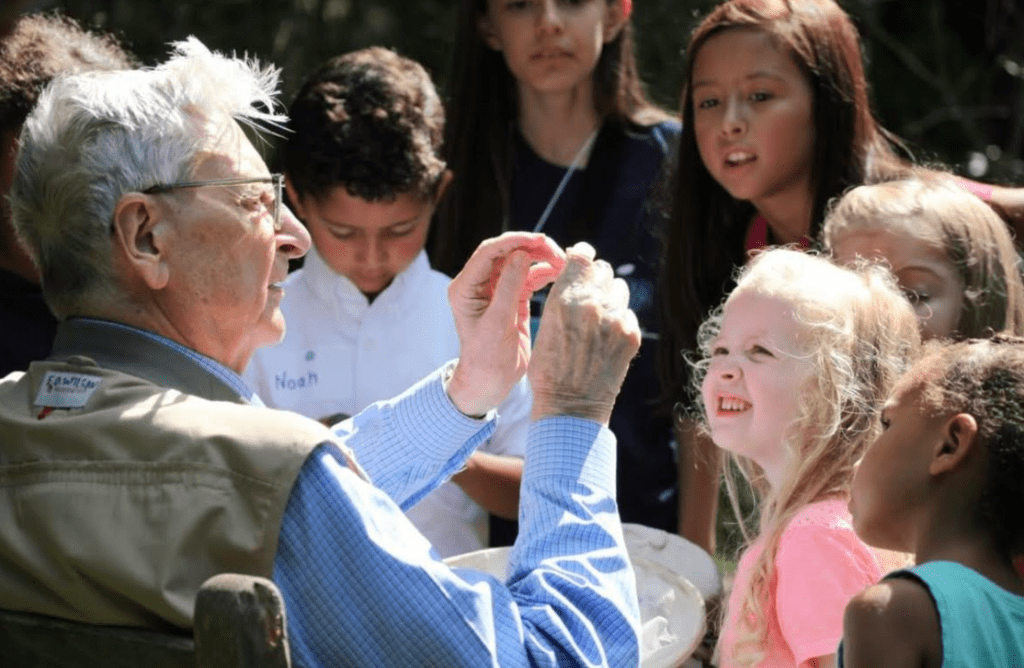 The following text was written by Sarah Powers, a Freshman student in my Biology class. It is copied below exactly as I received it. Sarah and her family gave the OK to both share the post as well as to directly attribute it to her. I’ve said enough at this point…….

*“[Young people], go as far as you can…the world needs you badly…there is no turning back [from the techno-scientific age],” E.O. Wilson says in his TED MED speech, “Advice to a Young Scientist:”.

This quote hit me hard.

I feel as if it perfectly summarizes my view of my own generation–as if we have the entire world as a burden on our backs, because of a problem that we did not create.

There is not a day in my life that I do not think about our planet–and its impending harm at the hands of the human race.  Species are dying, and biodiversity is one of the linchpins of our planet.  Remove enough of it, and we die.  Whether reminded by others or simply as the fears arise within me, this fact always lingers in the back of my mind, and its status along with it.

Our planet is dying, and we (those of my own generation, “Gen Z,”) are the only hope, they say.  We have to fix all of these problems, we have to stop each natural harm that those before us have created.

We have been designated as the saviors of our planet and all of the life on it–and I absolutely hate it.

The emphasis on science and math.

The frequent reminders that we’re the “last hope”.

There is not a moment that I can spend, a decision that I can make, or a thought that I can have that is not at the very least biased because of this pressure.

In an ideal world, I would want to be a concert pianist.  I could do it–I’ve played since before I can remember.  I love piano more than anything else.

But, because of this pressure, this pressure to save our planet, I feel–get this!–guilty about wanting a job in the arts, rather than one where I am working to help the environment.  I feel like it would be a waste of my potential if I were to become a concert pianist–even though my greatest gift is musical talent.

“You are one of the great hopes…for the whole world,” E.O. Wilson says in “My Wish: Build The Encyclopedia of Life”.

Once again, we are the “hope of the world”.

The whole world is on our backs, pressuring us to be its saviors.  It has been since before some of us could even talk.  We’re plagued by stress.  We’re tired.

I understand that this is crucial–it always will be.  These views are fair.  But, that doesn’t mean that I like them, or like the position my generation is in.

I appreciate E.O. Wilson, and all that he did–he has done his best to lighten our burden.  It’s nice to know that some people care.

I just wish that I could say that about more people.

I could write about a myriad of student responses, comments, projects, etc. Being back in the classroom again (where I was perhaps always meant to be) after retiring in Missouri as an administrator for the past decade, doesn’t exactly offer me the time to write here as often as I did a decade ago. Perhaps interesting that only a handful of posts came during those ten years, and here I am again inspired by the interactions of daily life in the classroom. That’s how you know.