In my neck of the woods, we have a state & foundation-funded organization (Parents as Teachers) that supports parents in their quest to educate children during those crucial first three formative years.  Far too much data suggests that being significantly behind by age four can all too accurately predict failure in our current school systems.  I don’t need to tell you that.  Decide for yourself what that says about our educational system vs. the biological importance of learning as an infant/toddler.

That said, here’s my personal take of the program’s mission:  support parents during these years.  It’s not that we don’t inherently know that parents are a child’s most influential teacher — particularly when young.  But, we do know that many parents can use the support at this critical juncture.  From what I’ve seen personally, folks associated with this program work within the very homes of the community they serve, not to tell parents what to do, but rather to provide powerful support for them as they undertake one of the most important roles of a parent. 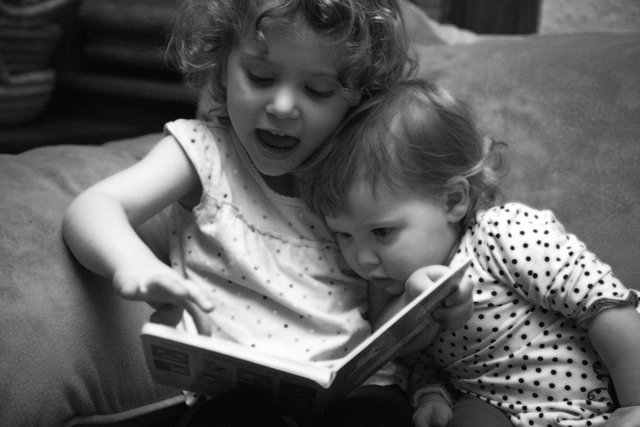 In this case, the name of the initiative is as succinct as it gets.  Parents as Teachers. What I would like to entertain in this post is the idea of allowing principals to once again be teachers.  At least in my neck of the woods, principals are teachers…  and importantly, still hold certification to directly do so within a classroom.

So what about this role principals currently have as school leaders?  Again, I can safely say that in my world, school leaders have been well vetted as of late as true instructional leaders.  Likening that to the mission of Parents as Teachers, our principals have a rather similar role in many respects.  Our school leaders really do support instructional growth.  They do this not only through the classical “Performance Based Teacher Evaluation” system, but also through direct development and implementation of professional development in both formal and very informal settings.  Our principals wear far…  far more than just the “manager” hat of old.  I’m sure that’s true in other places as well.  It may or may not be the norm just yet.

Principals still aren’t typically labeled as “teachers” any more than parents are. However, their roles are similar in that they both actively promote and support learning.  In my opinion, the main thing both can do to promote learning is to help shape the environment so that learning can take place.

Our district, like many in 2010, is actively engaged in learning about shifts in culture and communications, and yes…  a significant element of that is the role modern technology plays in supporting learning goals and environments.  With Will Richardson’s direct input and facilitation, together we will be exploring the role technology plays in the shifting of our school and societal culture as we embark on new school improvement plans for the future.

If you can safely say that principals are strong instructional leaders and self-reflective learners in your system, then what I’m able to pitch won’t seem such a stretch…

Our leaders are sound leaders in the methods of classroom instruction.  They also have the benefit of instructional coaches who provide direct, in-classroom support for teachers and their professional development goals.   During the past few years, each of our principals has also teamed with curriculum coordinators to plan and facilitate content-based professional development for all of our secondary schools.  Our curricular goals are problem-based, they are inquiry-oriented and they are of the workshop model.  That means that if you’re a TPACK fan, we’re getting 2/3 of the way to a really sweet spot at the center of teaching and learning today.  We need the other 1/3.  We are ready to turn a focus toward gaining the understanding and skills we need to foster deep technological understanding within our teaching force.

In a nutshell, just as pedagogy and content weigh heavily in our support of teachers and administrators, technology must also receive its due.  It’s high time, and locally…  I think we’re ready to roll. 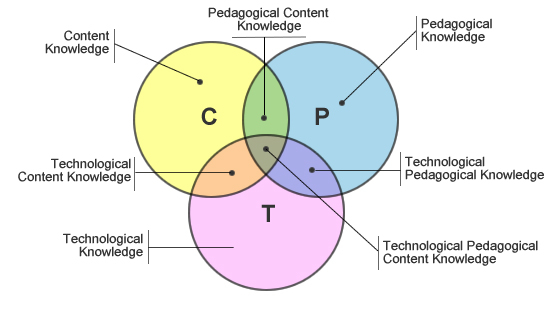 We choose good teacher leaders to ultimately lead schools because, well…  it just makes sense.  Many of my colleagues have moved on to administrative roles, and their current roles now arguably have a wider influence.  And really, to take it to the most basic level…  principals evaluate teaching.  We want that evaluator to possess an intimate awareness of an effective classroom.  Thus drives the move of a teacher-leader out of the classroom and into the world of Administration.  As teachers we have often seen the direct and immediate short-term loss of value for our students when good teachers move out of the classroom.  There is nothing like the face to face interaction with students in classroom.  Ask an effective administrator if he/she doesn’t often miss classroom interaction with students.

Missing it certainly doesn’t equate to having time for it in a terribly strenuous schedule.  I’d venture a guess that in this world of hyper-accountability by federally-mandated exams…  few school systems allow for their administrators to retain at least one classroom with kids.  I personally can’t imagine asking a building administrator to do “one more thing.”  But yet…  what if the tools existed that might allow a principal a small role again working directly as teacher, or co-teacher, to a group of students?  If the situation could be made feasible, would principals find value in returning to the role of a teacher in a small but new capacity?

There is no doubt that a significant sector of the educational world has moved to an online venue… for better or worse.  I, for one, have never viewed fully-online courses as anything but a necessity in certain cases.  I’ve taken a few in grad school.  Frankly, those went over like a tray of turds at a cocktail party.  I have personally been an aggressive adopter of online tools into my classroom as a way to extend conversations and to empower students as independent learners.  There is too often a palpable difference between “online course” and “online learning.”  All too often the overlap of the two is inadequate in the world of online education.

That said, it appears that as a nation, we’re ultimately going there in some fashion.  I think it is too easy to see the future of this.  Without outlining all of the pros & cons, it is clear that online options would allow more student choice and flexibility.  The cons are pretty simple in my opinion…  there just aren’t many folks out there right now who can do this well.  Essentially:  just because you can do something, doesn’t mean you can do it well.  If my district is to embrace fully-online learning environments (or even blended courses- interesting commentary on that in this post) at some point in the future, you can bet that we’ll do so after careful consideration and study.  Again-  I’m pretty sure this is a quality control issue that no one wants to fail.  However, I doubt it is any more of a serious quality control issue than it is in purely face to face classrooms.  Perceptions of strange new things tend to be far scarier than the familiar.

Here’s one thing I know, as a district we can sit the bench and ultimately swallow the future options that arise from the state level or worse…  or we can get really smart and make our own breaks on the local level.  The way I see it, we’re on a pretty steep peak when it comes to things like this.  Moving a certain amount of “schooling” into completely online formats will either be a really powerful thing, or a really big fail.  I doubt there will be much room for “meh.”  When new ventures begin with such a strong level of skepticism, it’s easy for folks to call for scrubbing the mission before the messiest parts have even subsided.  And when the futures of children are at stake, it is tough to be skeptical of the skeptics.

We’ll form a committee.  We’ll develop action plans.  We’ll create a vision for what we would want out of something like this before it ever starts in earnest.  But here’s what we need on that committee…  a wide and diverse set of stakeholders with varying levels of experience in such matters.  Crowds of decision makers can be smart, but according to James Surowiecki, they must be diverse and capable of independent input.  It has also been shown that all members of such a decision-making group need not be experts.  However, it is crucial that some are.  How do we gain experts?  We support our people and allow the environment to grow expertise.  In this venue, I would define experts as those folks who have ground-level experience fostering student learning through online environments. Frankly, this “expert” input should be diverse as well.  It cannot be just one or two teachers.

I would argue that we also need representation from the administrative set.  Those folks directly involved with designing and developing professional development need to be in that room.  Those folks charged with assessing and evaluating the performance of teachers in the classroom need to be in that room.  They need to be in that room-  and they need to have their hands dirty with experience.  These won’t be “your grandfather’s” classrooms.  How do you evaluate something you’ve never done?  We are fairly comfortable allowing former teacher standouts to move into administrative roles and assess teacher performance.  We know they have “walked the walk” themselves.  This is a different case.  This digital shift will be a profound one.  It is one that will affect nearly everything from curriculum to pedagogy to…  well, if done well, it might just challenge the sacred Carnegie unit. 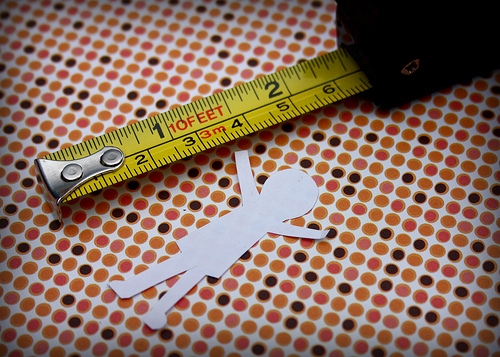 Just imagine for a moment, principals empowered to take on at least a share of a for-credit online course in your local district.  Imagine this being done solo, or co-taught with another principal in a neighboring building, an instructional coach, or any other teacher for that matter.  It’s easy to allow the “yeah buts” to come rushing in.  It’s natural for that to happen.  But once you’ve had time to allow that to settle, think of the potential positives in your learning communities.  Think about the “cost vs. benefit ratio” if you’re so inclined to such language.  Aside from building tech-savvy assessors & consultants, I can think of a solid list of purposeful fringe benefits that might also be true in our district.  Might these be true in yours?

Take an hour, a day, or a week to let this bounce around.  After that time, come back and let me know what you think.  Sure-  bring the noise on the things that would hold back such an initiative.  But also, bring your creativity.  What have I missed?  Who or what would someone going down this path want to know, read or listen to?  I’d love to see our leaders afforded this opportunity.  I’d also love to see the benefits our kids would get from such an endeavor as well.  It’s a strong hunch.  I’m not married to the idea, but let’s just say, “we’ve been seeing each other pretty seriously as of late.”

End of Part I

Come back tomorrow for Part II where we’ll read a few of the early thoughts on such an initiative through the eyes of several of my colleagues who happen to be current principals.  You might just be surprised… 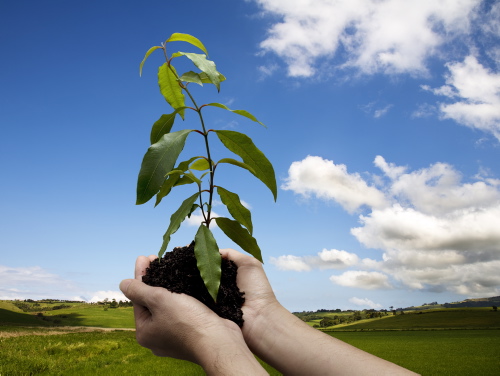