Give me potential or give me death. 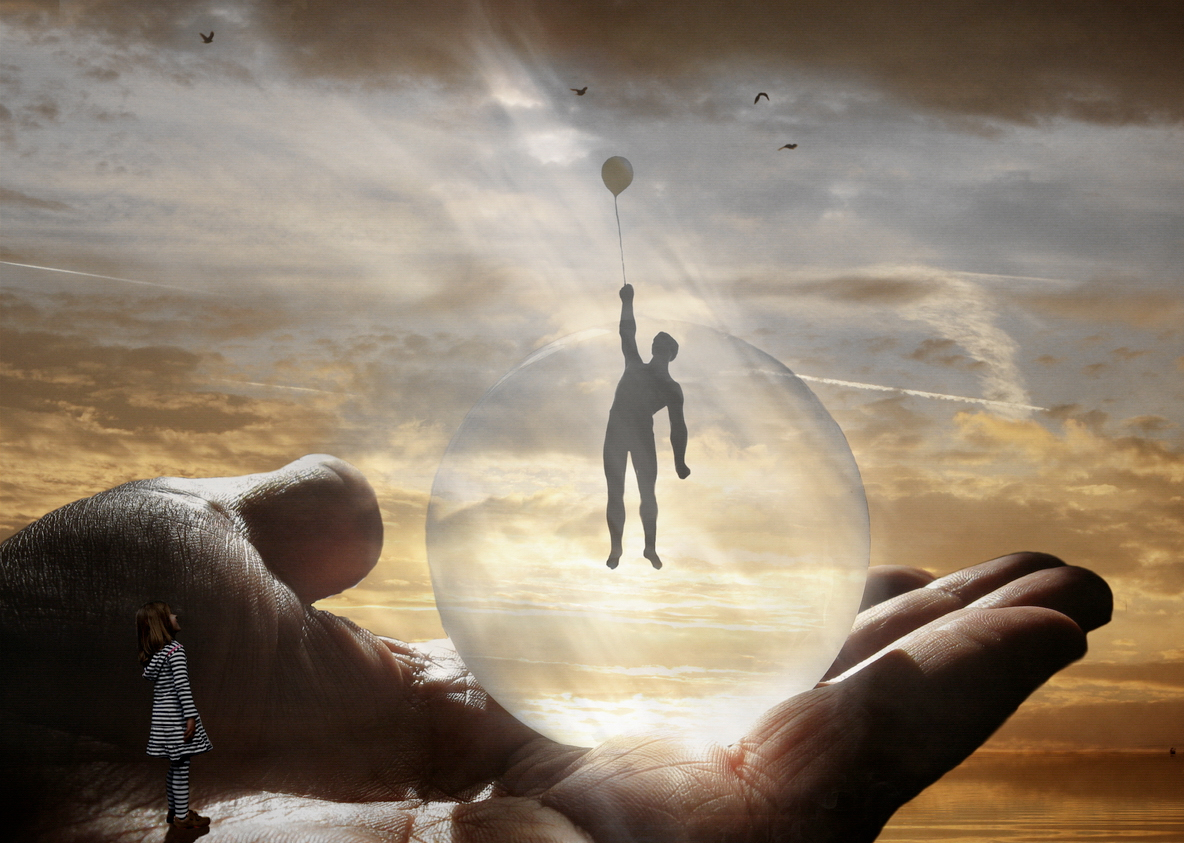 Yep, I just quoted myself.  It’s OK, I’ll take that one.  In fact, I think I’ll take it and run with it for a bit.  Check it out.  See, I don’t deal well with what one of my science department colleagues refers to as the “Negative Nelson.”  These are folks who jump quickly to the most negative outlook possible to begin any task, discussion or debate.  Now I’m certainly not talking about people who exhibit the valuable skill of being able to ferret out potential pitfalls in any new endeavor.  Karl Fisch, in a recent workshop at MICDS in St. Louis, referred to those elements of a system as the “yeah, buts.”  His willingness that day to confront potential snags head-on is one of the marks of any successful project manager.

That said, negativity used as a strategy to push back from the table (whether conscious or unconscious) in order to avoid change or conflict is a very toxic thing.  Life is too short and too difficult as it is.  Stirring up extra negativity in such a challenging career field is more than a waste of time.  In my 18 years as an educator I have had the benefit of working in environments that were so positive and supportive that I was constantly inspired.  I have also had my years where “clowns to the left of me, jokers to the right” is about the most polite way I can put it.  Negative Nelsons. Thanks, Jennifer.  That one is elegantly simple.  It made me laugh, and it made me reflect.  So obviously, I haven’t been able to get in here to write very much as of late.  Please excuse the rapid-fire unloading of thought here.  I’ll get back to succinct when I get more time.

“I would have written a shorter letter if I had more time.”

Now that I think of it, I probably could have just entitled this one “2.0” because this is now what this phrase means to me.  I’m not going to go off into the history of the quirk of using “2.0” to signify the newest iteration of…..  something.  Heck it is now used for pretty much anything:  Web 2.0, School 2.0, Library 2.0, Government 2.0, and on and on and on.  Tack a two at the end and instantly whatever you are talking about, planning, or selling becomes better, newer, shinier.  From my personal perspective, what at one point meant something to those pushing the envelope of using the Internet in education, now means means less.  The more you use something, right?  I get it.  I know.  After a while of having “2.0’s” ping-ponged about in the echo chamber of online communications… the meaning does tend to get stale.  If you subscribe to the tweets of some of the more connected edtechers out there, you’ll find more than a few who are just plain ol’ sick of the term.

Why it doesn’t bother me

Let’s just get this out of the way first:  According to Global language Monitor, “Web 2.0” is the  1,000,000th word added into the English language.  So there.  It means something.  For the “How’d they figure that?“, click here.

I’ll be honest.  I hate it too by now.  It is the height of cliche’ in my head.  However, I think I am just sick of it considering how much I actually feel the need to use the term in my current job as an instructional coach in the middle of a constructivist reformation/technology integration pilot.  I try to use a ton of helper phrases to describe this entity as well: read/write web, social web, participatory web, and other.  Those are great, and do help, but I still need two-oh.

In a recent technology summit in our school district, an administrator actually started out one of the segments declaring that in terms of education, Web 2.0 “doesn’t really mean anything,” and that people really can’t agree on whether it will have an impact or not.  This is one statement I had to disagree with point blank that day.  Really, I get why it might seem less-than-concrete on the surface.  With utmost respect, to an educator not using the participatory web in the classroom (or anywhere else professionally) “Web 2.0” must look a bit like the wild west compared to the pricey and packaged comfort of a content management system like Blackboard, WebCT or E-Companion.  But think about it-  a constructivist classroom probably does look like Dodge City to the vast majority of people who were educated in the neat and tidy rows of desks in the American schools of our past. 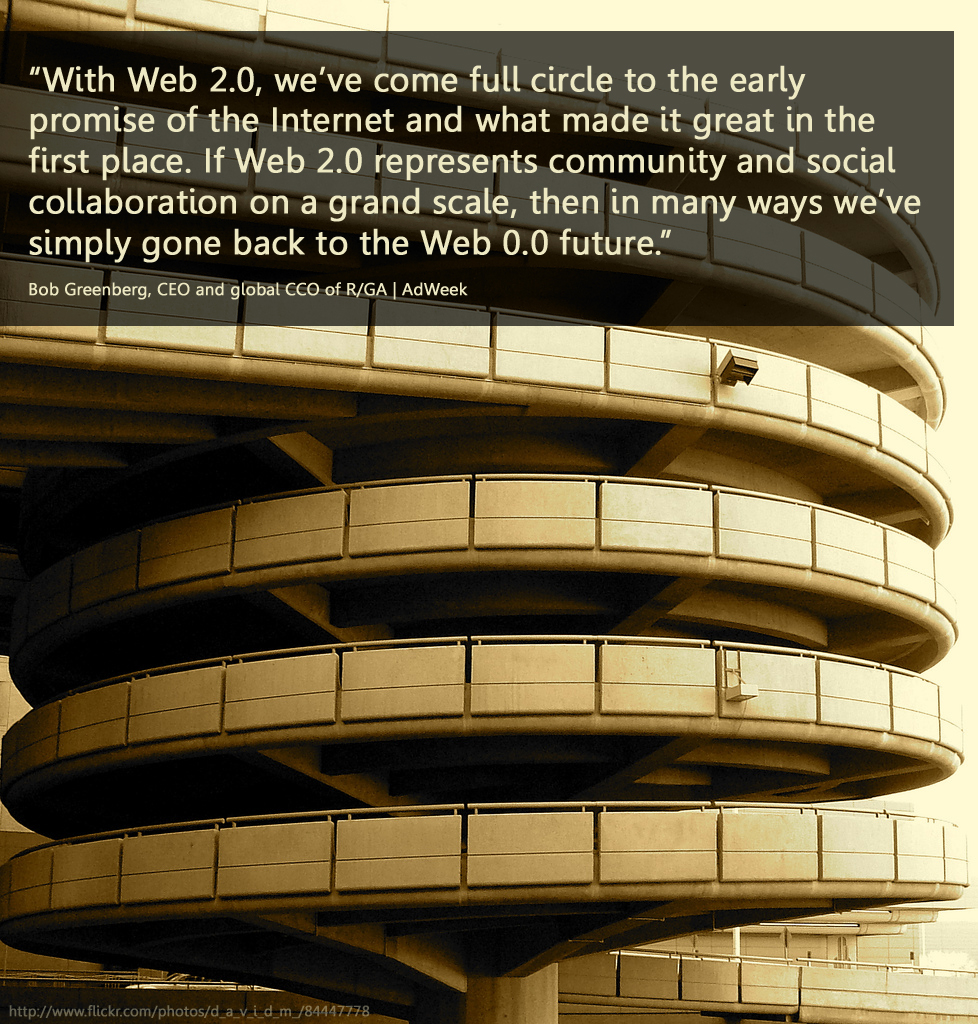 What it means for me is that frankly…  I don’t have to wait for anyone any longer.  When I want to go, I go.  When my students are ready for something better (that fits good pedagogy) we go.  With a robust and lightly filtered network-  no longer did I have to wait for more software to be decided upon, purchased, server space to be allocated, or passwords to be doled out.  With Web2, I was able to immediately make a go at what I, my administrators, my students, and my parents thought was the right path to follow.  I could hone a web tool to my liking in a weekend.  I didn’t need to wait for a comprehensive plan filled with multiple opportunities for job-embedded professional development and one-on-one coaching.  I was ready, and I rolled on.

All of a sudden, more than at any time previously in my career, I was able to model myself as a learner in the classroom right alongside my students.  I was able to show them what it looked like to be a connected learner in the digital world of current information and communications technology.  Now I am ready to go back and help build that comprehensive implementation plan for our teachers and students.  I hope I am continually able to model those experiences in the other direction as well…  still as a learner modeling the navigation of our newly-digital terrain, though not only for our students but also for those who make far-reaching decisions for each of the students in our town. 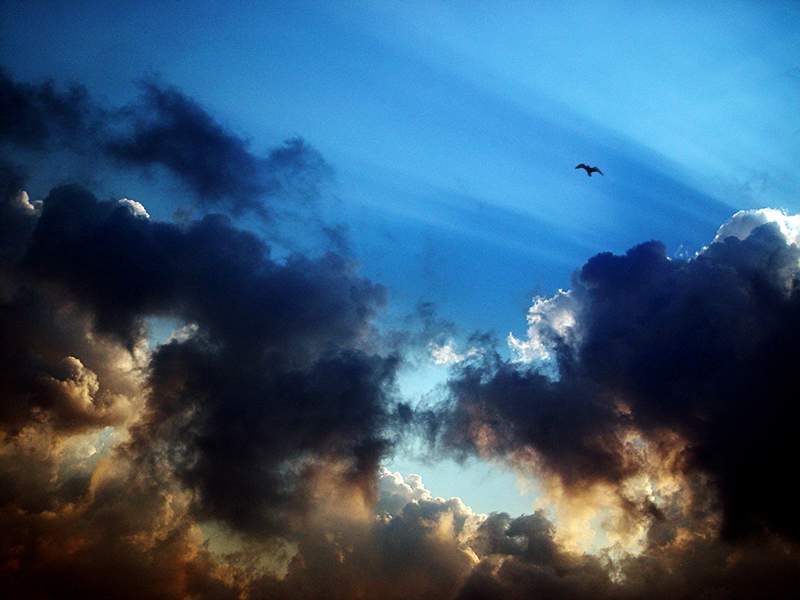 I need positivity.  My engine thrives upon it.  I need open potential.  I need new possibilities.  Here’s why I decided today to “re-like” the terminology of 2.0:  It is just so full of possibility.  School 2.0?  Seriously, who isn’t interested in reforming the future for the largest open-schooling system in the world?  Don’t answer that.  Good point.  I’m sure there are plenty who aren’t.  But look how many really are.  Because of Web 2.0, the folks who want to step up and have a hand in the remaking of our outmoded schools, libraries and governmental participation models…   can.

Web 2.0 is still a novel and effective tool for democracy.  It is still a new way to interact via the Internet.  Why not let it remind you of the shiny possibility of doing something better the next time you try?  Sticking a two at the end of something doesn’t automatically make it better.  However, possibility is as contagious as negativity.  Spread some love, will ya’?