I believe science to be one of the most important constructs of humanity. It is not a foregone conclusion that it even exists at all, nor that it continues to exist or continues to carry the historical importance it has to this point. I think our society may be at an inflection point where the rapid expansion of information, made possible by technologies we have created, has created so much noise that it is more difficult than ever before to find good signals within the noise.

In creating a reality where everyone can publish with the push of a button, we have elevated the efficacy of humans to connect to and influence others. That fact alone seems inherently neutral, and it carries much promise. Yet, we know that every single technological creation has produced both intended and unintended consequences. Some tools may create more unintended consequences than others, but they certainly do so at varying pace and scale. A hammer can build a home or end a life, but the reach and impact of a hammer are slow in comparison to the information landscape we’ve recently built. 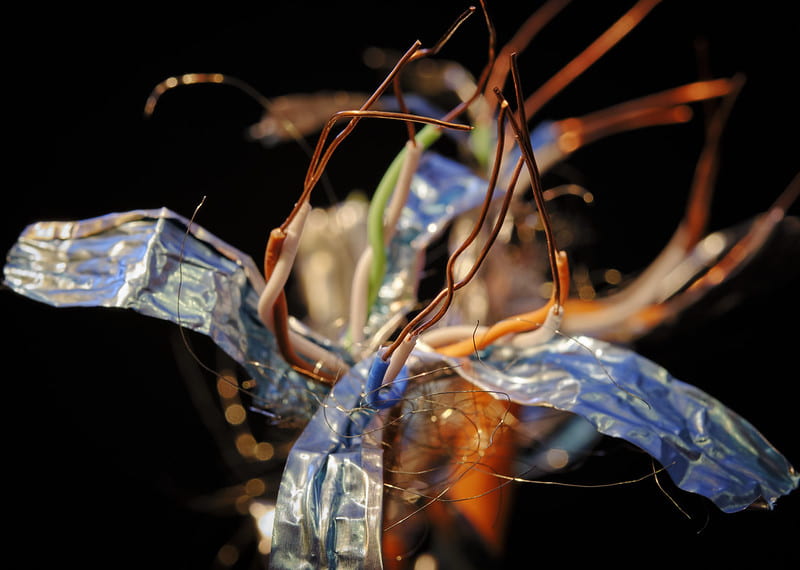 Comparing the technology to drive a nail to the technology to split an atom is an extreme, but useful, comparison. Though both hammers (think of the ever-expanding built environment that now threatens our climate) and nuclear weapons can have negative impacts, one of these was so immediately impactful that we’ve chosen to control it at all costs. The other is much slower, and seemingly neutral (even positive- progress!) and yet it may well be this one that breaks the planet first. Time will certainly tell.

I would suggest the technological development of our current information landscape, and its influence, may well be more impactful than either of the aforementioned examples. A world where scholarly discourse and true scientific thinking is drowned out like never before in a cacophony of noise, conspiracy, and false or misleading information is dangerous.

This post is based upon loosely observational facts and opinions. It may carry a benevolent message, but this post is not science. It isn’t a scholarly work. It’s actually an example of the fact that one person’s Saturday morning intuition can find an audience with the click of a button. With the right sensational title, a crafty meme, cute infographic, nifty video clip, or strategic manipulation of Google’s PageRank algorithm, it might even find a massive audience in a short period of time compared to anything published before the middle of the previous decade.

Some say the world will end in fire,
Some say in ice.
From what I’ve tasted of desire
I hold with those who favor fire.
But if it had to perish twice,
I think I know enough of hate
To say that for destruction ice
Is also great
And would suffice.
-Robert Frost, 1920

As my 14-year-old daughter just reminded me during a living room couch-chat about this topic as I type, “Human brains aren’t very good at the concept of long time. We only live 75 year lives. We panic about fast things only.” She’s right. We’re profoundly terrible at risk assessment for this and other reasons.

Let’s do another comparison really quickly: Ebola (EVD) vs. Coronavirus (COVID). Ebola shakes us to the core. A quick and horrible death. We imagine bleeding from… everywhere. It is terrifying. And yet EVD is not a respiratory virus. It is relatively difficult to transmit, but when it does, it acts brutally and fast. It kills between 25% and 80% of its victims depending upon the strain. These realities actually limit its spread. Yet according to the CDC, the Ebola virus has caused around 27,000 cases worldwide. Ever. Since 1976. A total of two people have ever been diagnosed in the United States, and eleven have been treated.

Enter COVID-19, the “hoax.” This, the politically charged and supposed nothing-burger. As of today, 581,451 deaths in the United States alone in a little over a single year. We are now approaching 3.3 million deaths worldwide in that same timeframe with 4,471 additional deaths already today at the time of writing, and we’re nowhere near finished with this one. COVID-19 is a respiratory disease that spreads very easily and jumps continents at the speed of modern air travel. Most diagnosed have minor symptoms. Yes, EVD is hemorrhagic and horrific. The descriptions of this type of death are chilling. Yet the reality of living your final days prostrate and hooked unconscious to a ventilator seem equally frightening to me. COVID is ravaging the planet, but somehow more subtly and sneakily from the perspective of so many today. We are just so bad at analyzing risk, and in this country, I think it is fair to say that we are several measures better at contemplating risk to our individual happiness as opposed to our collective well-being as a nation or as a species. 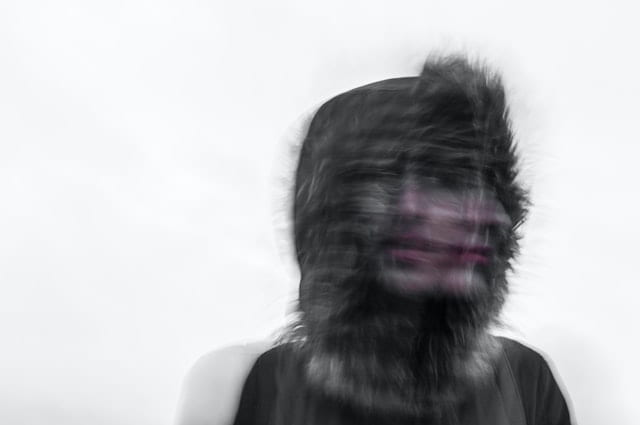 “Technology is the most subtle and the most effective engineer of enduring social change. Its apparent neutrality is deceptive and often disarming.”

Since the dawn of the internet, we’ve needed a comprehensive and aggressive initiative to systematize information literacy across the curriculum. The handfuls of us that saw this and spoke about it openly back in 2005-2010 saw it coming in real-time. Unfortunately, efforts in that direction at the time were drowned out in the “acquisition of digital tools for every kid at all costs” movement that soon followed and only exacerbated the issue further. We’re all now dealing with the absence of widespread, coherent programs aimed at the mess of noise we were about to collectively unleash as a society.

“Digital Citizenship,” aka: don’t use your phone to be mean or post something awful online that might hurt your future employment or college enrollment …is what we did. And that’s not at all what I’m talking about here. That is but one tiny element of what we needed then, and what we should be scrambling to fix today.

An aggressive and comprehensive approach to information literacy should be a proactive thing. But really, in 2021, depending upon the grade levels where it is addressed, we’re fully in defense mode today. We cannot focus only on early action with our youngest while allowing another generation of kids to move out of organized educational experiences without the skills to understand that information exists on a complex spectrum as opposed to a toggle switch of true or false. In the immediate, we can utilize the most important leadership trait that even those without “positional power” possess: influence.

One scan of Twitter and a quick check-in of my little corner of Facebook this morning caused this stimulus-response of a post. If you’ve even reached this point in reading, you’re among the shrinking crowd that is still capable of and willing to engage in something beyond 240 characters and a meme. You are the target audience. We need you to hold the line.

The easy comparisons above are examples of technology and engineering. The nature of science as a broader endeavor and as a way of thinking and understanding the world around us is different. Scientific thinking is the underpinning of those things. Understanding variables, the constant elements of any comparison, the way numbers work (especially large ones), the element of error in any system, and the way these all interact… this is the stuff of scientific literacy. We need to dig back into this with everything we have. This is not a new way of thinking. This still happens in the core of our scientific institutions. This discernment happens daily when every scientifically literate citizen digests the news of the day.

There is just so much noise today. So much information flies in at near the speed of light. It slams into our nervous system. We react… the only way we’re taught to. This is the key. We need science. We need scientific thought processes now more than ever. We need tools and routines to think critically about what we read. We need to understand our tendency to assess risk by brain stem vs. frontal lobe. These were important skills when information was slow to publish, and they are critical skills today. 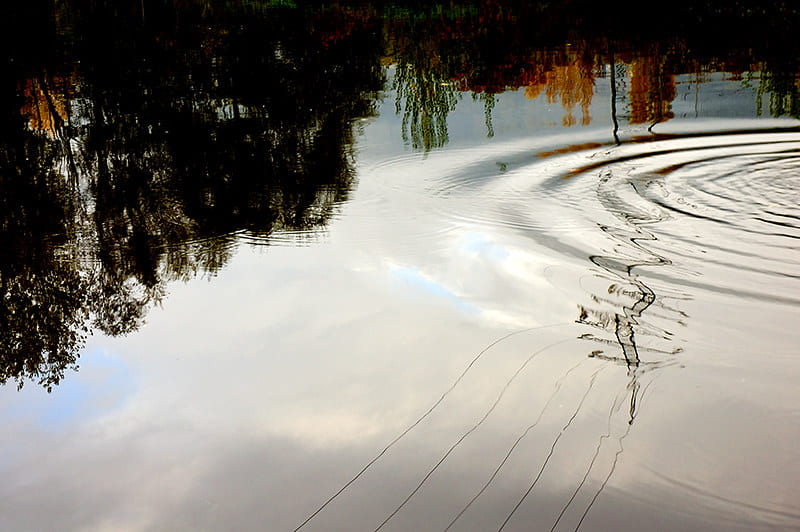 Three that came to mind

Robert Frost knew that neglect and indifference were ultimately forces as powerful as war and aggression. Reflecting upon humanity, he knew that slow and quiet was at least as powerful in the long run as fast and loud. Thirty years later, Robert MacIver lectured about the profound, yet almost unseeable impact of technology on social change. In the ’90s, Carl Sagan lamented the dangerous reality of our lack of scientific literacy at a time where the world is more dependent upon science and technology than ever before. Each of these three ideas was communicated within a span of about 75 years- essentially one of those “human lifetimes” Delaney mentioned today.

So much has happened in the realm of science, technology, and information technology in those years, and perhaps far more in the time since 1994. Remember, we’re not good at understanding how large data sets work. The entire ocean of information generated by humankind has evolved rapidly in that time, and we’re still focusing on the individual fish that dance before our eyes. We certainly cannot change the world overnight, but if you’re reading this, you are likely in a position to cast a small pebble in this massive pond. Reflect on the nature of science. Learn more. Talk about it along the way. Ask questions. Teach.

If this year has taught us anything, it is that we cannot continue to kick the can on this one.