According to the NCES, since 2004, girls have -in general- been shown to outdo boys in nearly every measure of academic success.  Girls outpace boys on nearly every one of our measures of “winning” when it comes to school.  And yet, when push comes to shove on earning degrees in engineering or computer science, boys still outpace girls by margins of 77% and 85% respectively.  The overarching assertion:  girls don’t tinker. Or at least, they aren’t often encouraged to.

Tinker. In nearly every published version, the origin of the word seems to trace back to an itinerant mender of kitchen utensils- and more specifically, those made of tin.  As a verb (of which we are obviously more interested here) it hints of clumsy, unskilled or experimental efforts. 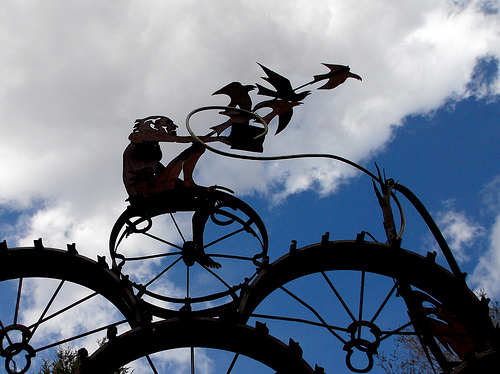 After that little search, I’m even more interested than before.  Clumsy?  Haphazard?  Unskilled?  Somehow I have always elevated the word in my mind toward something more sophisticated.  I wonder why I so highly regard this word (and many of its associated meanings) when it seems this may not even be the general consensus at all.

Just last week I read an Education Week article entitled Teaching Girls to Tinker by author Lisa Damour.  As an educator of nearly twenty years and a father of two girls under three years of age, this article certainly gave me pause.  I’ve gone forty years (see how I slid that big number in as text) assuming that even if “tinkering” was not done with a specific purpose in mind, it was still a valuable effort.  The idea of tinkering being a valuable pursuit seems to be at odds with the definitions I found today.  And yet the truth remains…  at times, connotation means everything.  Think of how these two statements paint opposite connotations of the word:

He tinkered with the nation’s economy by regularly deregulating banks.

She tinkered with the lure in order to make it run deeper in the water.

Perhaps overall success… or gravitas plays a role here?  Of course my take on this comes through the lens of a teacher/instructional coach.  Before sitting here to type this evening, I even asked the Twitter crew what sort of off-the-top-of-your-head definition they’d give for the word.  Twelve of them responded with: 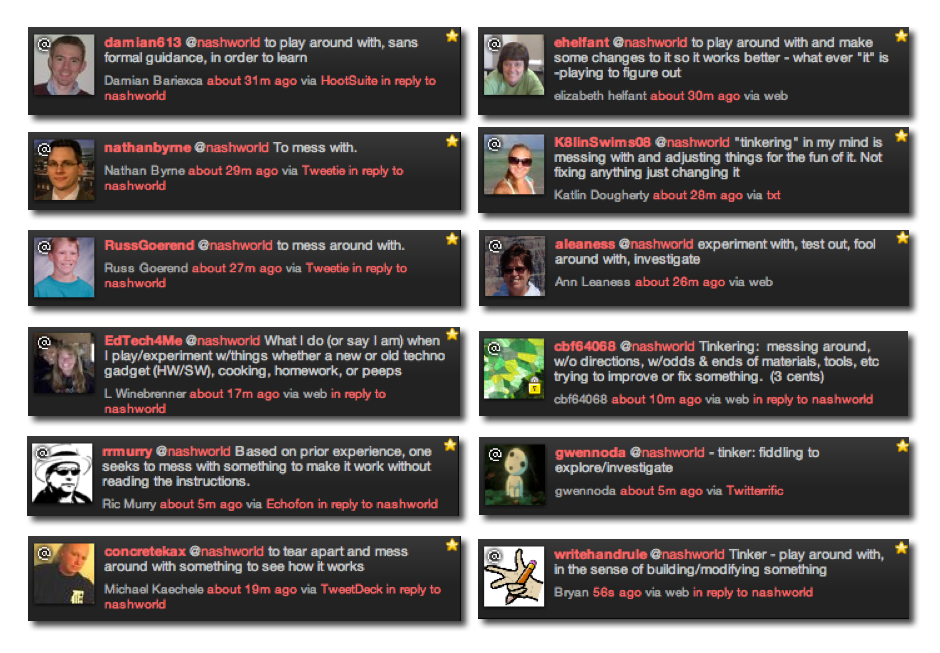 I see tinkering on par with the sort of purposeful play I so highly value in the classroom.  The kind of play we don’t do enough.  The sort of thing most NCLB required state exams force teachers to push aside.

I find it interesting that although some of the twelve Twitter responses speak of tinkering as simply “messing about,” most contain language that seems to elevate the activity a bit, such as: “investigate”, “modify”, and “explore.”  Several even mentioned it as something that leads to an actual accomplishment.  Is it perhaps that the vast majority of these people are educators?  Or is it that they are progressives?  Things got even weirder while writing this post tonight when I clicked a Twitter link to view the list of scheduled “conversations” at Educon2.2.  A quick scan down the list shoved me smack into a Sylvia Martinez presentation entitled “Tinkering Towards Technology Fluency.”  Her brief description of the session mentions that the content will surround themes she’s been exploring on her blog.  Networked digits provide digital serendipity, no?

Regardless of our take on the meaning of tinkering, apparently by some measures girls are not being afforded an equal share of the tink.  Damour points to the 1994 book Failing at Fairness which includes an observation that, “…teachers allow boys to struggle with mathematics problems long after they have rushed in and rescued girls from the same struggle.”  This seems certainly overlapped with the concept of “tinkering” mentioned here…  but it also seems to go in a bit of a different direction.  This quote speaks directly of struggle.  How much overlap do you see in these two words? 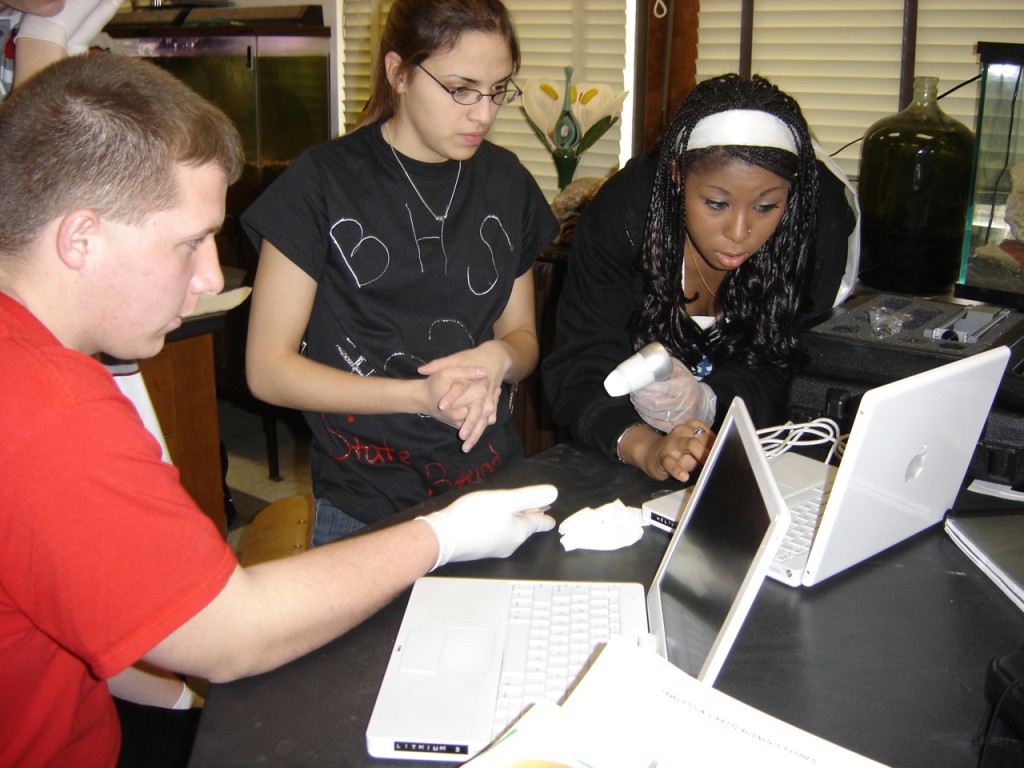 I try to create struggles every day.  More often than not, it’s my classroom modus operandi.  In short, I try to engage students in a concept…  address the fuzziness between what we know and what we don’t know… point towards the structure we’ll be using to explore it…  settle on how we’ll evaluate our work…  and then allow the relatively safe struggle between learning and meaning to take place.  My role is coach.  My day to day mission is to support this type of tinkering with ideas within the framework of standards in which we work.

This tinkering takes its highest form when actually following a problem through to include actual harvesting and analysis of data followed by conclusions that lead back to more problems.  In line with data presented in the article, my females generally tend to outpace my males in achievement.  How do the numbers hold up by the time my students graduate from college?  Even with the dawn of social media, this data is still fuzzy.  So I’m left to wonder…  could I too indirectly contribute to the tinker-divide outlined by Damour?

The bottom line for me is that any article that comes back to haunt me a day later is a good one.  In fact, just the other night I found this one still on my mind.  That night my two-year old approached me in the kitchen with toy troubles.  She had stuffed far too many toys into a little lunchbox that holds critters.  While holding it up to me with two hands and two big eyes, she asked me to “fix it, Daddy.”  I looked down to see both ends of the latch not quite matching up with the strain of the critter load. 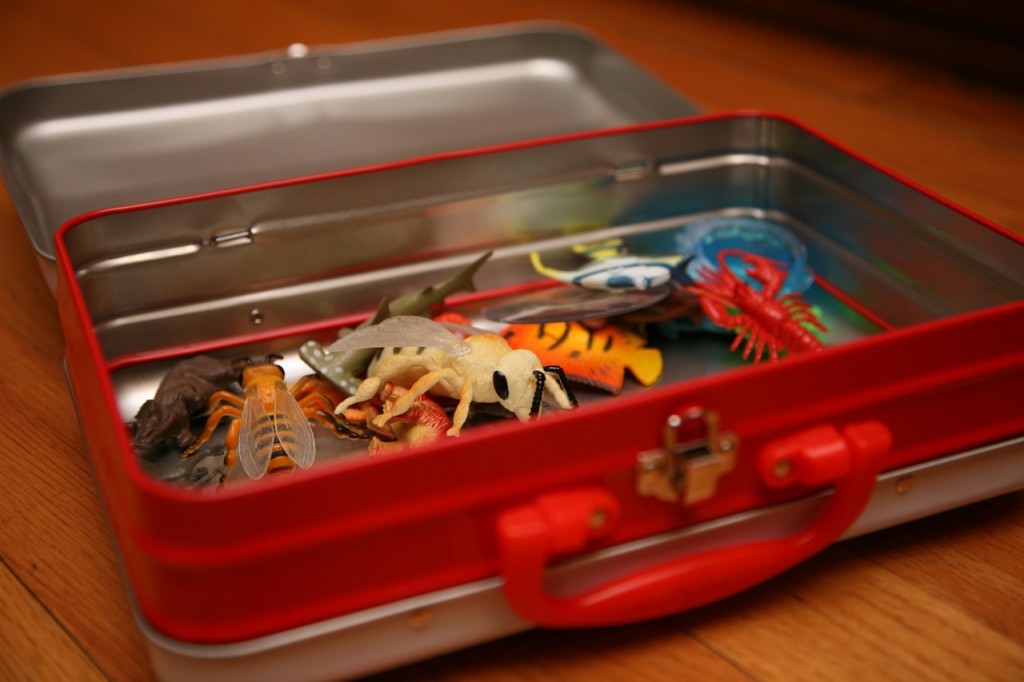 My gut reaction was to reach right down and latch it right up for my little dollface.  However, I stopped short…  sat down beside her and coached her through it without touching it myself.  I wonder how that might have played out if Delaney were a boy.  I don’t consider these tiny struggles to be “tinkering.”  I do, however, consider them to be related.

And yes, I still open doors for women.  When you’re forty (twice in one post!) and were raised to be (roughly) a gentleman, it is just something you do as a kneejerk.  Heck, to me it is a courtesy thing toward other humans in general.  So yes, I treat men and women differently on a conscious level.  It’s the subconscious level I wonder about.

*Sculpture by iwishmynamewasmarsha on Flickr.
*Twitstream definitions by the twelve mentioned in the image.
*Classroom inquiry by me.
*Tinkerbox by me