Slamming on the brakes

Forgive me in advance for the not-so-touchy-feely words regarding our beloved Mother Goose, but this one gave me pause… 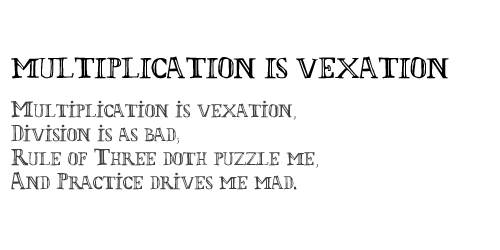 My two-year-old daughter pulled out The Real Mother Goose yesterday as we were playing.  I knew we had the book.  It was a gift at some point in the last couple of years.  However, it has never been one of my favorites.  I guess I’m a prude, and for that I’m sorry, but these sing-songy bits of goofiness never did excite me.  But hey-  what my daughter wants to read… we read.  So we read.  Actually- even at two, she can spot-read (identify?) many of the words on the page already.  So we laid in her comfy bed reading verse by verse and studying the accompanying artwork.  Until I spied one in particular queued up across the page.

We didn’t read this one. 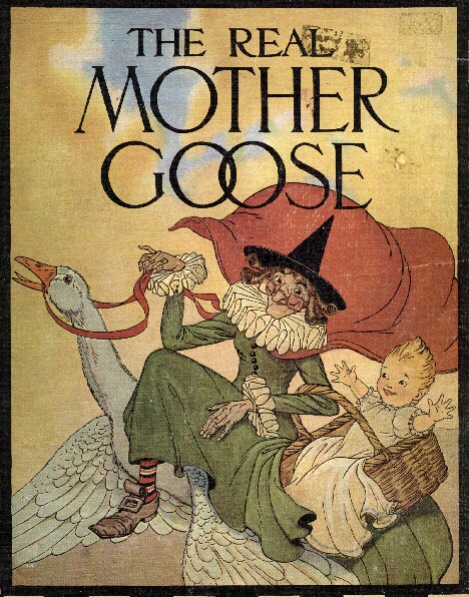 Now you can go on and on in the comments section about the historical significance of this work from 1916.  It certainly does give an interesting glimpse of society at the time it first went to print.  Jack Sprat, Little Boy Blue, London Bridge… I get it.  I also appreciate the fact that these descend from verbal tradition and seem a bit weird on the printed page.  I know.

But I have a pretty bright little turd here, and as of my current state of mind, we’re not about to sing songs of the difficulty of mathematics in my house.  I almost hope someone will reply with just cause for not fretting over such a silly verse.  I mean… she’s just two, right?

What will two years of failure do?

I was educated in the very public schools in which I now teach.  I stayed pretty close to home.  I was fortunate enough to be served by our gifted education program from elementary school on, when it was just out of the box and brand-spanking-new.  I am proud of the experiences I had in our district from early to late.  In fact, I was also in advanced mathematics in grade seven with Ms. Melody Boring (a known expert) and I learned a ton.  However, I also have some baggage from later years that speaks to the power of having two bad experiences…  two years in a row.

I don’t really feel like the usual research links here tonight that show how two neglected years can really sink a kid.  It is in my head that this has been shown.  I’m hoping someone will do that for me in the spaces below.  But-  I have a case study that says it is so.

Me, a bright kid sitting in the back of the room as a sophomore reading In-Fisherman and Sports Afield while my teacher sat in his desk chair tying flies.  Yes, you read it correctly… tying flies.  Tying flies in a full-on fly-tying vice clamped to his desk.  Tying flies, painting the lead heads of crappie jigs for the weekend’s fishing expedition.  (Now that’s a “workshop model” of instruction if I’ve ever heard of one.)  Heck, I liked the guy.  I mean, really… what high school boy wouldn’t?  It was pretty routine.  He’d scribble on the board for ten or fifteen minutes…  give an assignment…  and then get to work on his sportsmanlike artistry.  If we needed a brownie point or two, we’d approach his desk and ask something like: “what color have the crappie been biting on this week?”  … and we’d be “in.” 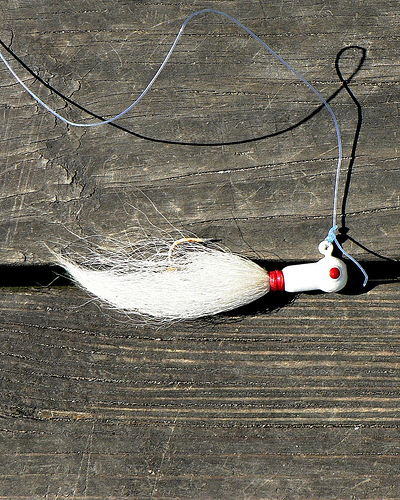 The next year I was lucky enough to score a good teacher.  He was a kind and gentle man, and one who knew a bit about mathematics instruction.  I was playing catch-up, but a bright kid can do just that.  Just a few months in, my teacher (the father of a current colleague) passed due to cancer and I was once again thrust into a tailspin.  You can’t play catch up in advanced mathematics with a sub who reads the paper.

My senior year began anew with the trigonometry experience.  Really-  this was all quite interesting to me from a science perspective.  I instantly got the conceptual ties to physics.  Apparently, these conceptual ties weren’t solid enough as I ultimately scored a 6% on one exam, nailed the only D in my life…  and pulled out of calculus for the second semester.  This teacher?…….  he was not rehired the following school year.  Years later, my principal would show me the actual three-ring binder of documentation it took to pull this teacher’s roots from the public school system.  Bad seeds in a good system.  But the collateral damage of that mess is writing this blog.  You should see the disparity in my ACT scores.

So perhaps I can thank all of this mess for pointing me in a rather literary direction.  I remember even as far back as middle school, taking tests in Odyssey (gifted ed.) that always showed me to be “left-brain dominant.”  That didn’t last long.  From college on, the right side has done nearly all of the “talking” for me.  That is probably rather obvious to anyone reading this blog over time.

My daughter stands to be a pretty brilliant little human some day.  I’m not reading her stories of the vexation of multiplication.  I’m just not going to do it.  In fact, I’ll be damned if anyone does.

Sorry Mother Goose, you caught me at a bad time.

*”Multiplication is Vexation” from Mother Goose, 1916
*Lure 3 by mmahaffie on Flickr