Me: “Jeeeez Gramps, doesn’t it seem weird to call this job ‘painting’ when we only paint about once in every ten days.”

My Grandpa: “You know… some of our competitors just show up to a job with brush in hand.“ This post has been rolling around in my skull for a while now.  Honestly, once the due date for our new babe arrived, that is really all I have been able to think about.  So now on a lazy Saturday, I will tap this one out while pining for birth.

Blogging does fun things inside my head.  It seems the furniture up there is now more regularly re-arranged through a very connective filter.  While contemplating the roles of a coach this past week, one of those good, solid life lessons learned from positive adult proximity came back into my short-term.  While attending the funeral of a beloved uncle yesterday, my grandpa again nailed a good one on memory.  While realizing something he couldn’t quite recall, he remarked that those memories aren’t really lost…  it’s just that you can’t always bring them back the very moment you need them.  Amen.

Well this one did come rushing back when I needed it.  When pondering the wit of the moment, the memory above came bolting back to latch onto this post on coaching roles while it was still in mental space.  The arrival of this memory, while walking out of the funeral home, was welcomed, warm and wonderful.

Two summers ago, I had the pleasure of attending a coaching workshop in downtown Chicago.  Robin Fogarty and Brian Pete, authors of From Staff Room To Classroom, orchestrated three very worthwhile days of learning.  During one of those sessions, all participants were asked to queue up into one of four columns along the front wall. 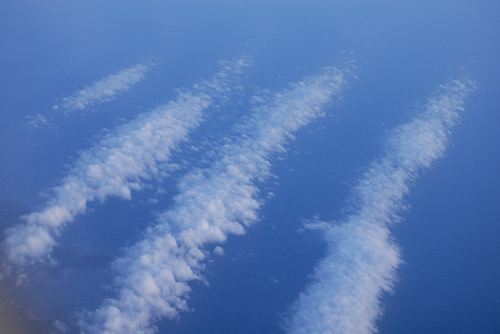 Those columns formed around what Fogarty considers the four roles of a coach.  We were to decide on the one word that applied most often to the work we were currently doing as a coach in our building.  Though this workshop was aimed at instructional coaching, I am quite certain that the wisdom here applies to coaches of all flavors.  In fact, allow me here to make the case that this logic also transfers into many other educational roles.  Before transferring, let’s be sure we can at least somewhat agree on applicable definitions for four words that tend to overlap a great deal.  Allow me to summarize:

instruct: to give a person direction, information, or authorization, aka: to teach

encourage: to give support, confidence, or hope to someone.  to raise awareness to the point where one might attempt to do what is difficult

empower: to the give someone the authority or power to do something.  to make someone stronger and more confident

inspire: to create a feeling in someone.  fill someone with the urge or ability to do or feel something, esp. to do something creative.  to animate one to action

The strategy that began with this column construction was coined the “human graph,” and for good reason.  Before step two even commenced, I was already making inferences about the “data” filing in.  Step two then was to turn to the folks in your immediate vicinity to discuss why you decided to land there.

This, of course, was the meat of the strategy.  Discussion was deep as folks defended their decision to plant in any given column that had now formed.  After a period of time, each column was asked to anoint one or two as speakers to share the rationale of that group’s placement.  Once the four reports were made, the participants were allowed to switch columns based on the new information.  Finally, we were asked to speak up with an analogy of the “data” represented in the columns.

In a group of over 100, I remember speaking up first by announcing that the graph reminded me of what was then the “Cingular” ad depicting “more bars in more places.”  That was pretty much the visual.  There was an almost perfect progression from low numbers of those who aligned with instructing, to the highest numbers found in the empower and inspire lines.

When the instruct line explained their rationale, they said they felt that more often than not, they were acting more as a trainer.  They were modeling, demonstrating, and overall doing most of the doing themselves.  Progressively up the scale, each group provided descriptions that tended to include less and less concrete action performed by the coaches themselves.  At that point, I felt like my coaching role tended to land mostly in the empowerment role.

As I recall, many of the folks in the instruct line were elementary school coaches.  The secondary school coaches of differing roles tended to fall into the two roles at the other side of the graph.  I think this is natural tendency given the fact that elementary teachers are more closely aligned with general expertise in a wide range of disciplines, but more or less as experts in kids.  A coach in a secondary school lives in a world of content experts.  At best, we are masters of instruction within our realm of world knowledge.  At worst, we are subject matter experts with a disconnect from kids.

What does this mean for those who are not coaches?  Can a teacher be a coach?  Isn’t the move from instructor to facilitator essentially a move toward coaching?  Wouldn’t this same lesson work to start some good conversation with your faculty?  Imagine this at PD#1.  If every school day were carried out with this lesson on coaching in the back of our heads, wouldn’t we naturally become more reflective about our day to day roles as educators?  I know it works for me.

So then why are teachers still standing in their classroom door on day one…  brush in hand?  Why do we still hand out textbooks and “assignments” on the first day?  Why do we blindly begin the year instructing when we have yet to figure out where our instruction needs to begin?  We spend 100% of our time with a focus on Bloom’s cognitive domain without an organized approach to what he knew was also crucial:  the affective domain.  I will likely dig into in this domain many times here in the future.  This will surprise my principal none when I do so.

I would like to say, “you wouldn’t paint a house before scraping off loose paint.”  I would like to say, “you wouldn’t open a can of paint before you had washed every ounce of dust from a home.” I would love to say, “move the first friggin benchmark exam back three weeks so teachers feel empowered to meet their students-  let alone learn about them.”  However, my radical voice would be outnumbered by those who show up each day in order to follow the plan as opposed to making the plan.  Adherence is far safer than creation.

I will go so far as to say that those who are respected as educators know how to inspire their students.  They know how their field of study impacts the world and how to bring their students to at least some of this understanding.  And most importantly… they do so before trying to instruct them on the mundane facts of cHaPTeR oNE!!1!!!  (sorry-  i get dizzy in middle age when i get this fired up)

Walk up to a house in disrepair.  Look at it from the street, put your arm around a kid and say “This will be beautiful when we get through with it.”  Do that.  Do it, and mean it.  Mean it, and then deliver it.  If you put a scraper in a kid’s hand in September and expect him to rejuvenate a home by May, you had better darn well have inspired him first.